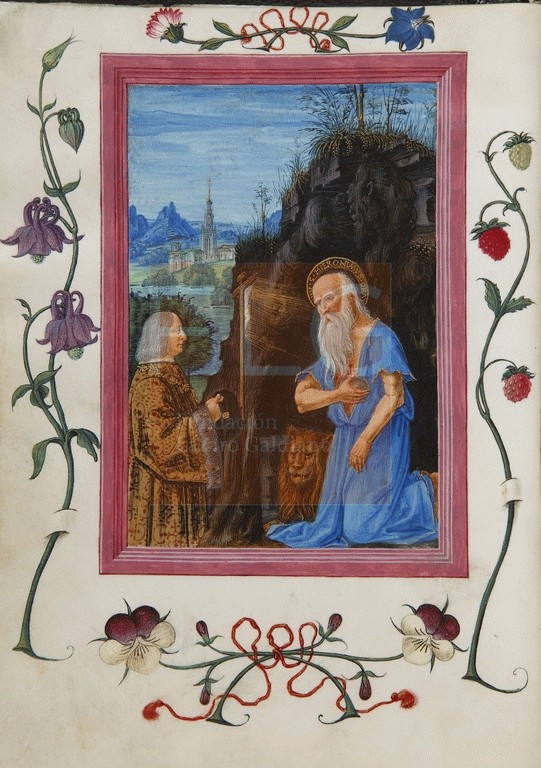 According to Professor Mulas, these illustrations can be attributed to an anonymous illuminator responsible for choir books V-2 and DR-3 at the Biblioteca Capitolare of Busto Arsizio, northwest of Milan.1 Though these large volumes have not been digitized, comparisons with a few of the published photos of details from this set of liturgical books are very convincing. In fact, they all but confirm that the illuminations in the Philadelphia manuscript are the work of the same artist. Note, for example, the impish, upward-looking figures of the Apostles in the Busto Arsizio Ascension and how they compare to those in the foreground of the miniature on folio 3r of our manuscript. The fuzzy grey hairstyles and golden curls are one-and-the-same across both manuscripts, as are the shortened limbs and highly simplified, gesticulating hands. While the color scheme appears different, this may be due to the quality of the available photo reproductions of the Busto Arsizio manuscripts. 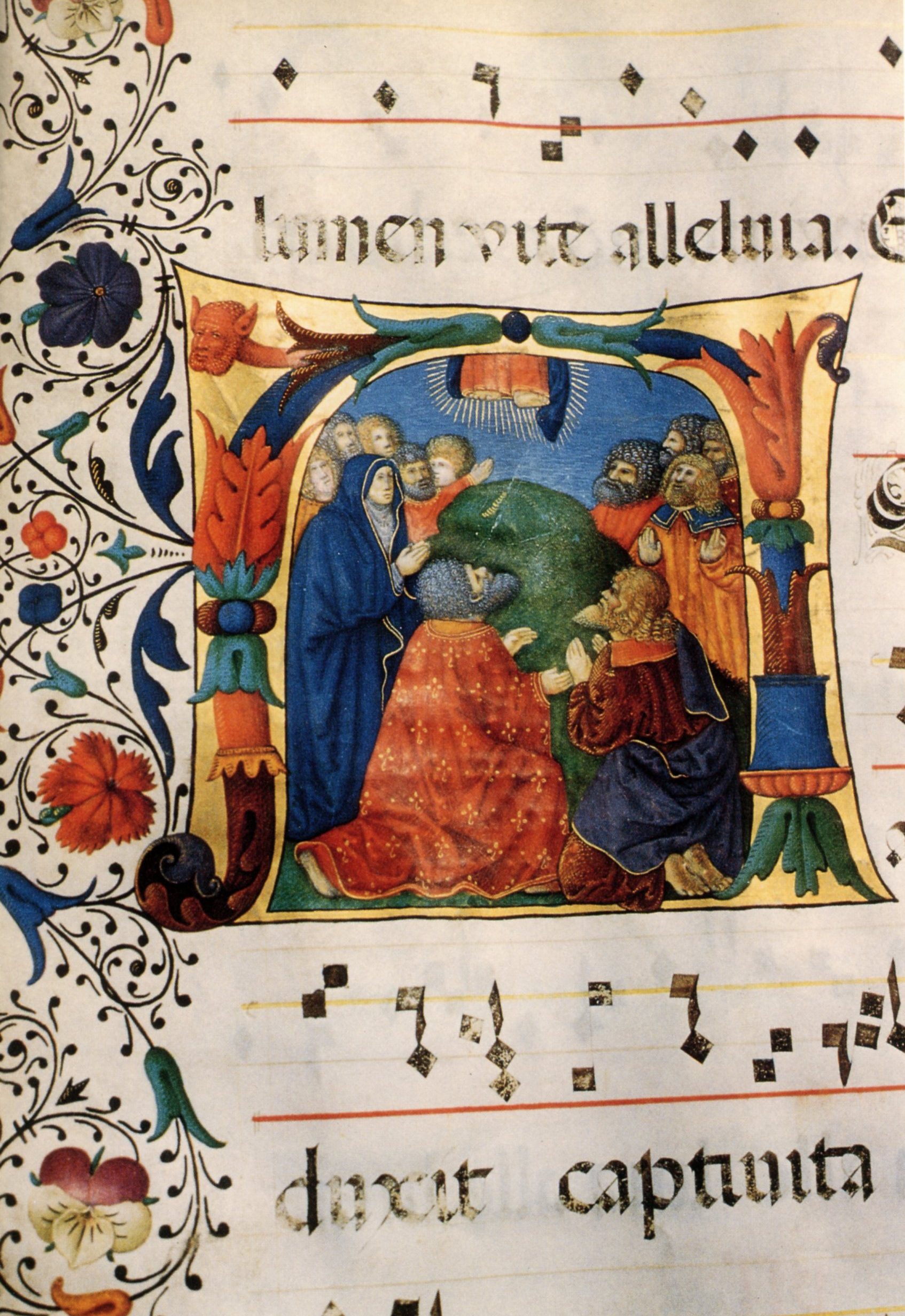 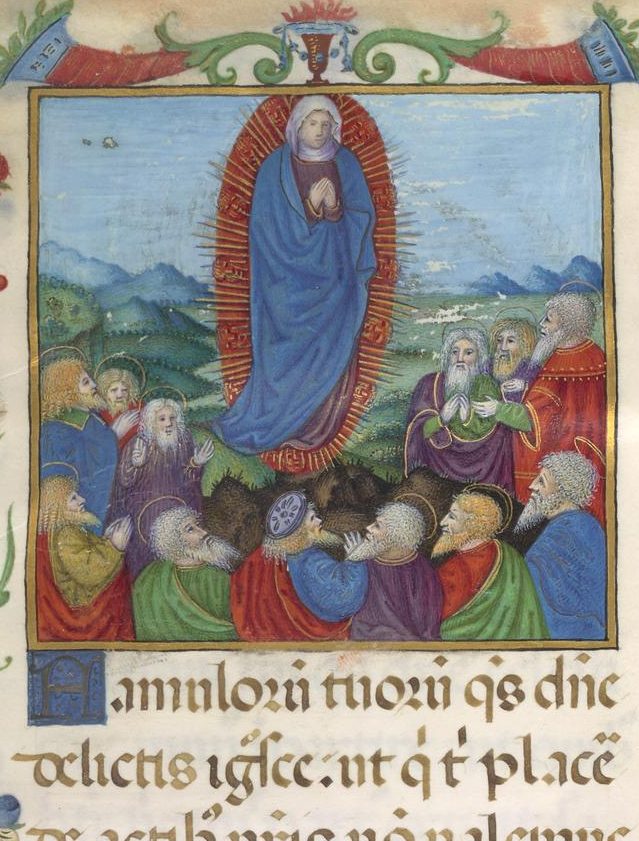 The most innovative aspect of Lewis E 207, however, consists of the illusionistically painted sprigs of violas, carnations, and other flowers surrounding the four prefatory miniatures, painted so as to appear threaded through cuts in the parchment. As discussed in the earlier post, this clever visual device is  closely associated not with Italian but with Netherlandish manuscript illumination, particularly work from the so-called Ghent-Bruges school. For example, a Book of Hours with decorations by associates of the the Master of Mary of Burgundy, now in Cracow, has broadly similar sprigs of flora in its margins, though it has the added virtuoso twist of showing the corresponding portions of the stems peeking through the reverse sides of the relevant pages, a true feat of visual whit! 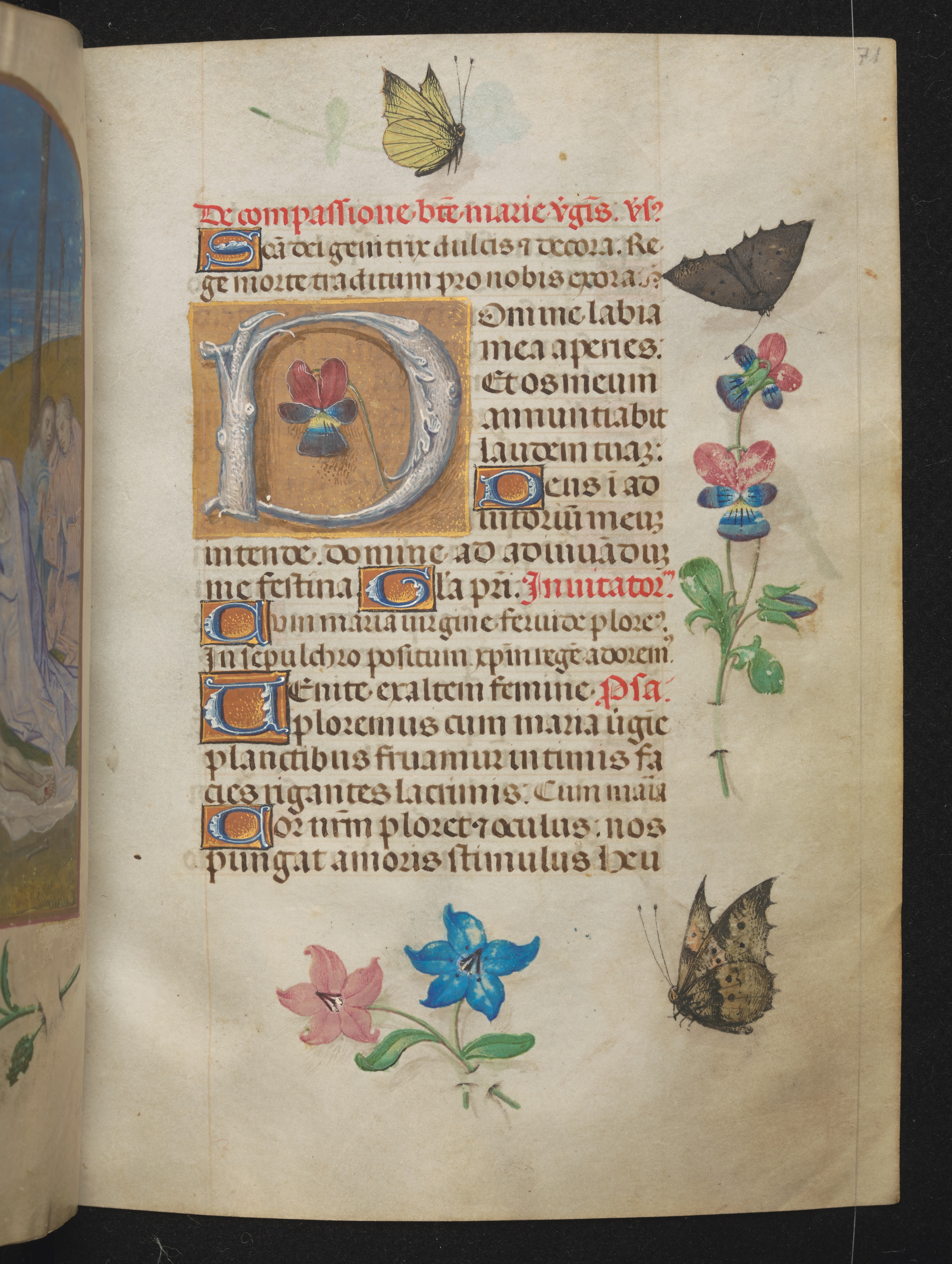 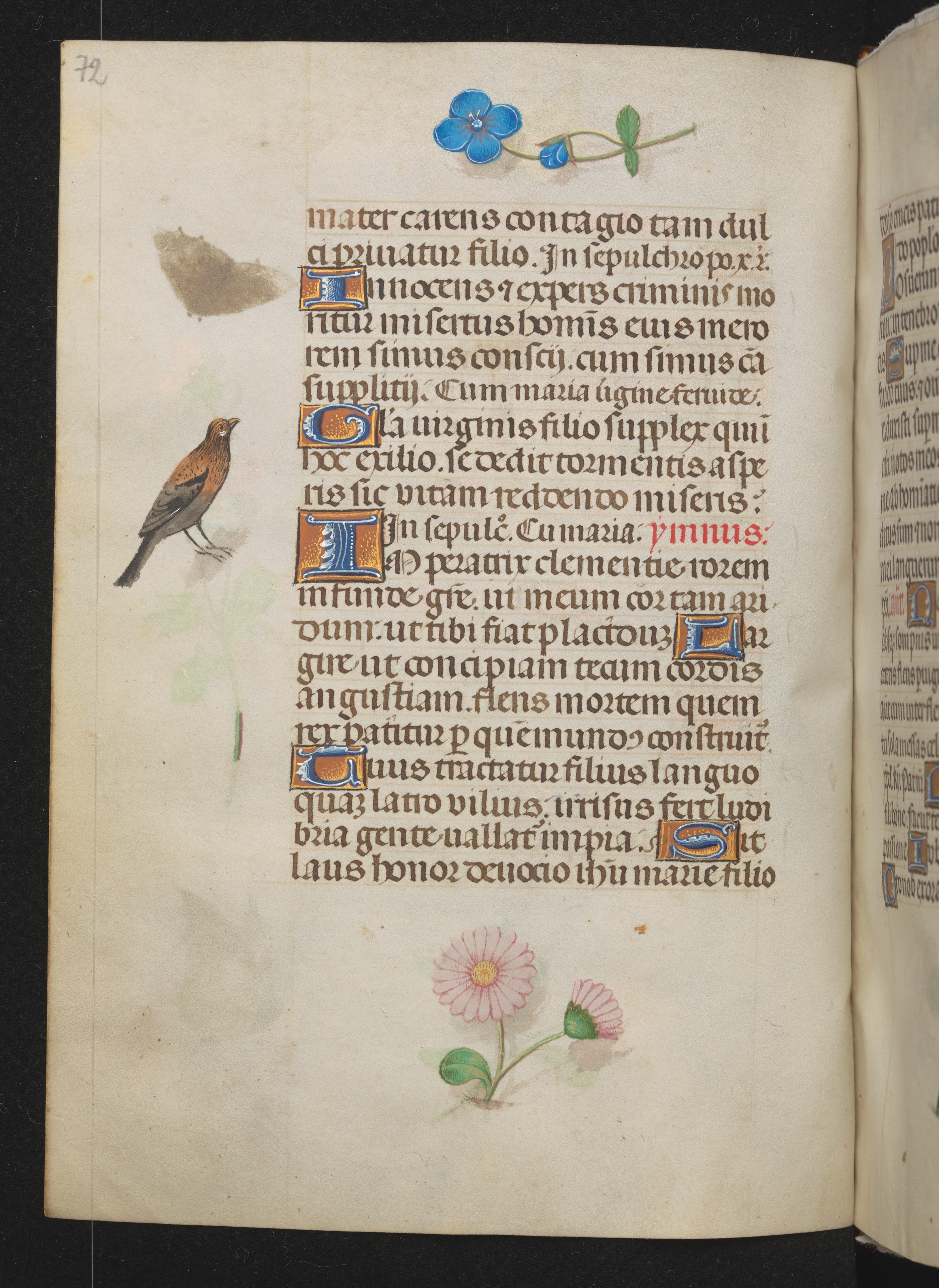 Master of the Berlin Prayer Book H 78 B 12 and Ghent Associates, Pierced strewn flower page (with corresponding portions of stems depicted on reverse) from a Book of Hours, ca. 1483. Krakow, Czartoryski Library, Ms. 3025 I, pp. 71 and 72.

The Philadelphia manuscript lacks such a masterly touch, but it is perhaps even more remarkable given that it shows an Italian artist experimenting with such effects, perhaps inspired by fashionable exemplars hailing from north of the Alps. As suggested by Professor Mulas, the four flower margins in our manuscript exhibit close parallels to a much more extensive set of floral borders in the Hours of Gian Giacomo Trivulzio, today at the Museo Lázaro Galdiano in Madrid.2 Trivulzio (1440/41–1518) was an important Milanese condottiere who served the French in their campaigns in Lombardy, a fact which might explain the “northern” flavor of his Book of Hours. 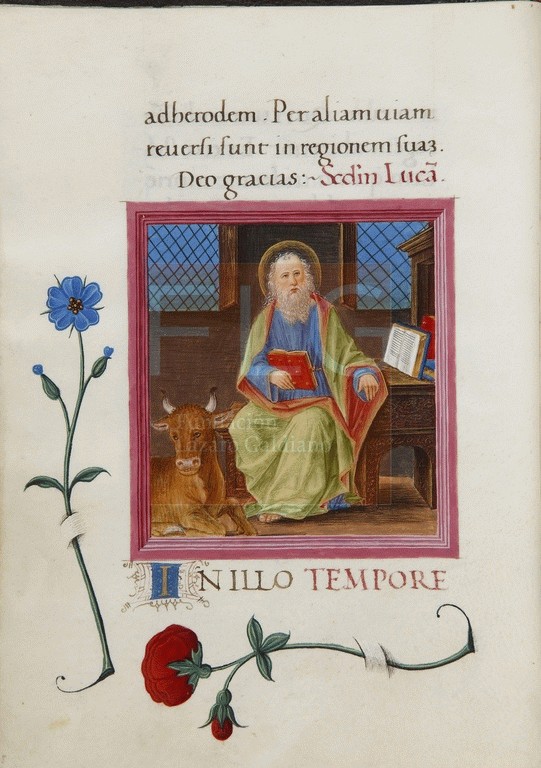 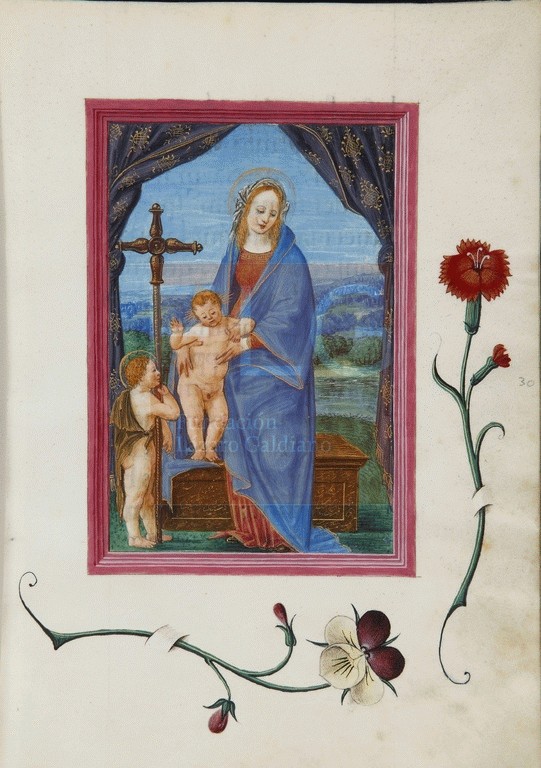 The artist who painted the very fine miniatures (though not the borders) in the Madrid book, tentatively identified as Percivalle de’ Negri, is evidently quite distinct from the painter of our four main miniatures (and two historiated initials). In any case, de’ Negri was dead by 1505, so he is not a candidate for the illustration of Lewis E 207’s borders, as the Philadelphia book would seem to date from around 1510. Nevertheless, the floral borders in the Madrid and Philadelphia manuscripts appear to be by a single hand: their sheer uniqueness, not to mention an identical palette and synonymous way of dealing with the bottom of the stems bears this out. So was there a specialist painter of floral borders in the Northern manner active in Milan in the first two decades of the sixteenth century, or is the painter of Lewis E 207’s miniatures responsible for all these borders as well, working as a peripheral assistant in the case of the Madrid hours? Looking closely at some of the published details from the Busto Arsizio choir books (including the marginal sprays extending from the left-hand side of the Acension initial shown above), it would seem that the illuminator is one and the same as our border illustrator. Flowers, very similar to those in the margins of Lewis E 207, grow out of the historiated initials but also find themselves in the centers of smaller, more modestly-decorated initials. The new evidence gleaned from the Free Library manuscript allows us to better understand this idiosyncratic artist—equally proficient in border designs, initials, and miniatures—active at a tumultuous juncture in Italian history. 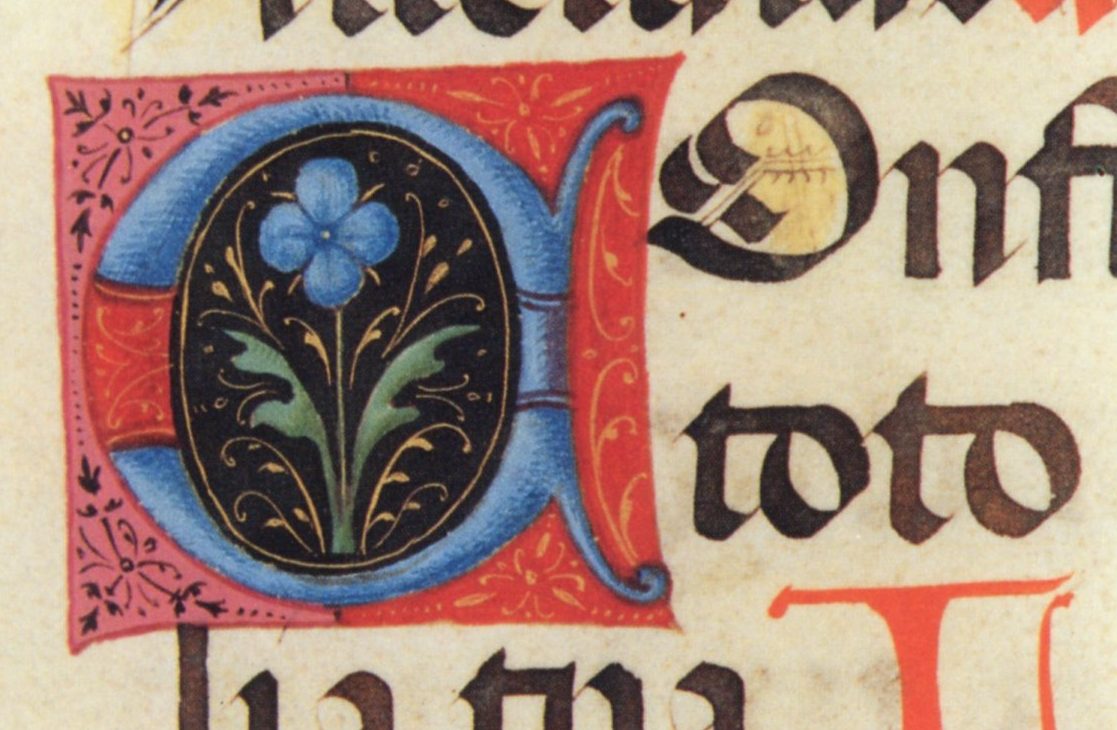 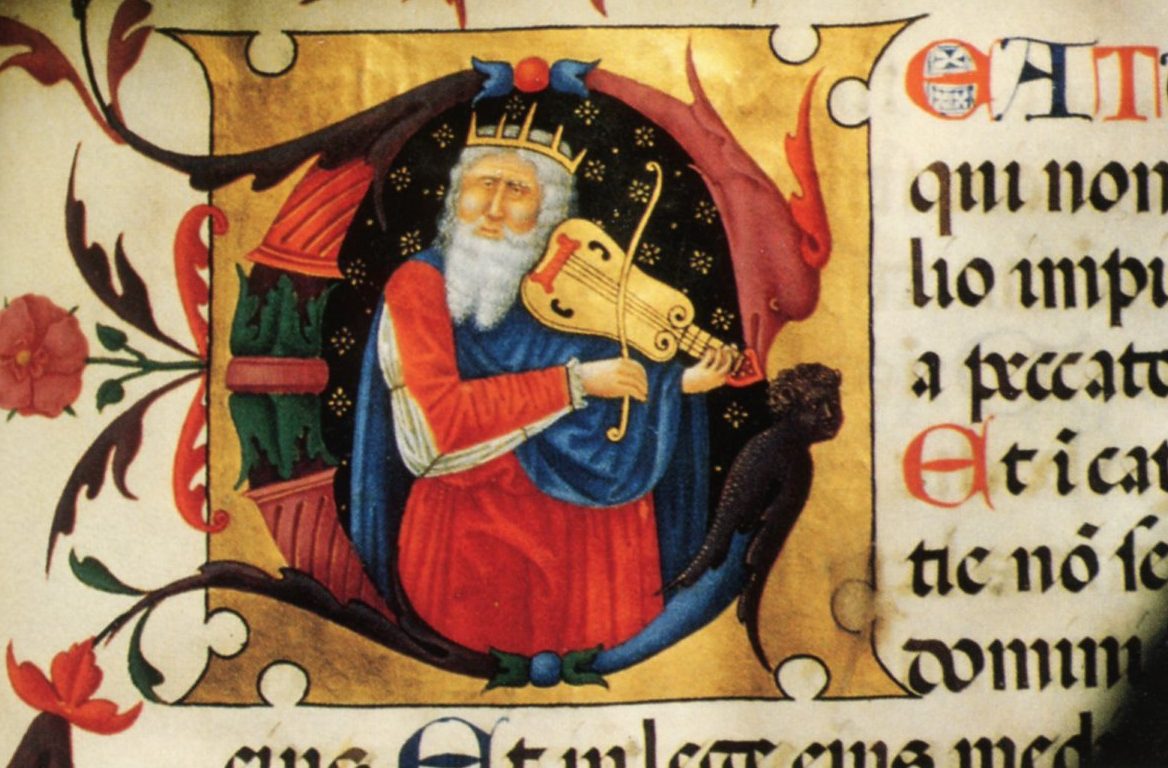