Over the past two weeks, we examined the newly-named Hours of Étienne Thirion from the Philadelphia Museum of Art (1945–65–14), both for the fascinating imprints left in the book by an early owner’s eyeglasses, and for the identity of the book’s original owner and the artist commissioned to paint its miniatures. As is well known, the book came to the PMA through the generosity of Mary Shell Collins, who donated this and seventeen other Medieval manuscripts to the museum in memory of her husband, Philip S. Collins, in 1945.1 All but three of the books from the Collins collection are Books of Hours, making it an especially rich trove for this genre.

But who owned these books prior to their acquisition by Collins? The answer is easily provided by the armorial bookplates present in both books illustrated above, as well as a third PMA Book of Hours likely made in Provence (1945–65–8). These are the bookplates of Arthur Brölemann (1826–1904), president of the Tribunal de Commerce of the French city of Lyon and an ardent bibliophile. His Latin motto, “Vigilentia et Prudentia,” could just as well be a maxim for the modern provenance researcher! Arthur had acquired over 4,000 volumes by descent from his grandfather, Henri-Auguste Brölemann (1775–1854), who had formed his own collection between 1824 and his death in 1854. 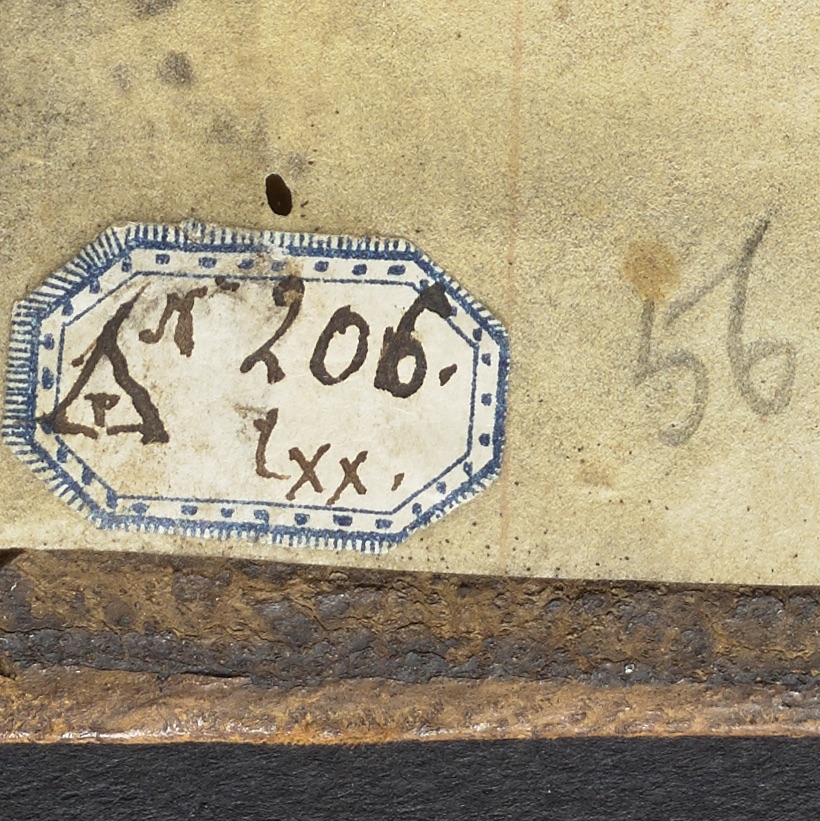 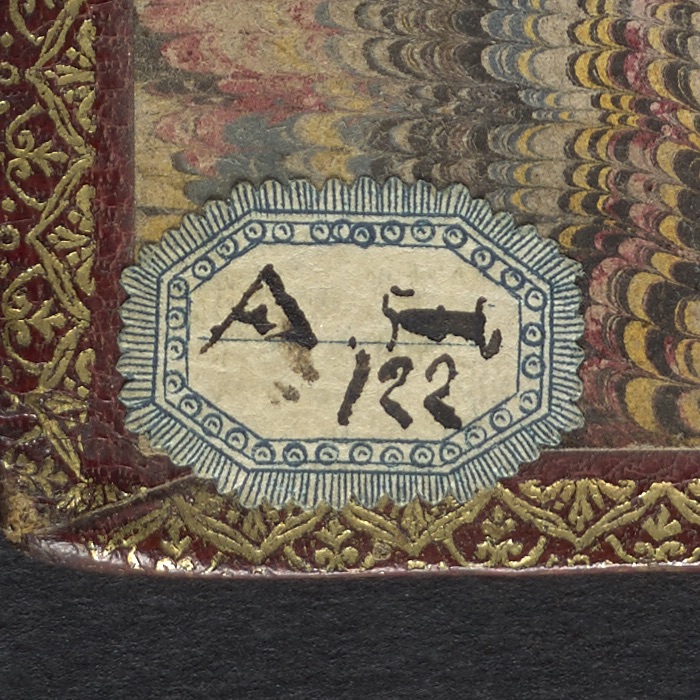 But how do we know for certain that the books first belonged not just to Arthur but also to Henri-Auguste? As it happens, the distinctive blue-edged octagonal number labels found in the lower left-hand corner of the inside front cover of each of these books can be identified thanks to a fascinating blog post by Peter Kidd. As Peter showed, these stickers (which exist in four variants) have handwritten numbers that refer to their position within Henri-Auguste’s collection, as well as price codes that remain to be deciphered. The “A” number refers to the book’s order within what was apparently a handwritten catalogue. A rare printed catalogue of Arthur’s collection, published in 1897 (and available on Gallica), provides a concordance of these “A” numbers as well as a further set of “B” numbers from another early catalogue. And indeed, a “B” number can be found written in pencil (probably by Arthur) on the bookplate of the Victorines d’Auxy Hours. These numbers allow us to locate each book within the 1897 publication with ease (and in fact, in the Étienne Thirion Hours, the 1897 catalogue number is written at the bottom of the bookplate too). 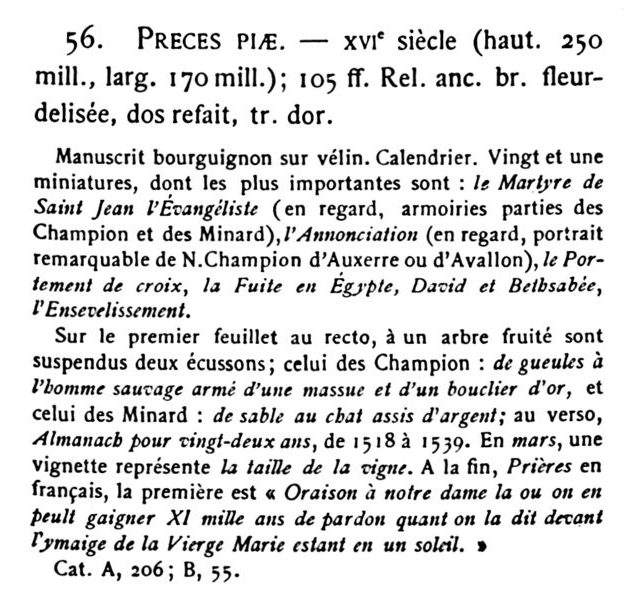 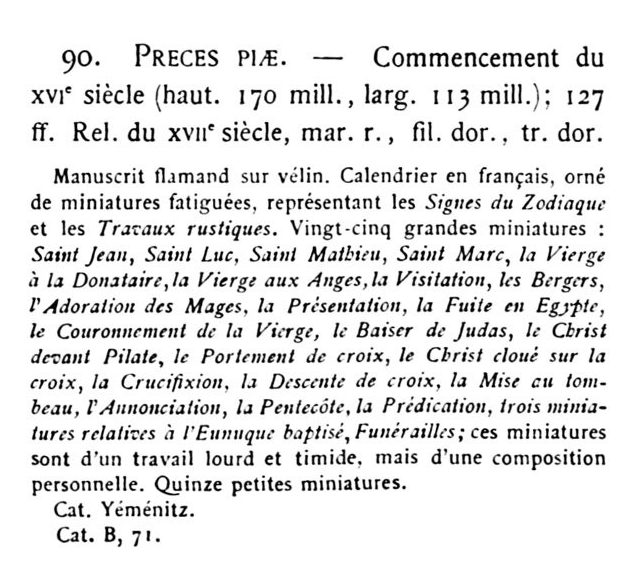 As we can see from the entry in the 1897 catalogue on the right for the Victorines d’Auxy Hours, “B. 71” is included at the bottom, but not the “A 122” number seen on the octagonal label. However, an additional piece of evidence is given in the catalogue entry, namely that the book was part of the famed Yéménitz collection. This is a reference to Nicolas Yemeniz (1783–1871), another great bibliophile based in Lyon. Thus, we now have an additional, earlier piece of provenance information for this book, all thanks to our understanding of a sticker!

All three Brölemann books now at the Philadelphia Museum of Art were sold by Henri-Auguste’s great-granddaughter Blanche Bontoux (Mme. Étienne Mallet according to the nomenclature of the day), on May 4 and 5, 1926, at Sotheby’s London. From there, they were acquired by various booksellers and eventually offered to Collins.