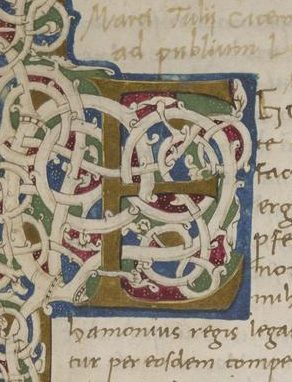 The text is written in a competent but informal humanistic cursive, somewhat at odds with the more refined tricolor square capitals that mark the beginning of each book. The frontispiece displays the type of bianchi girari decoration intertwined with the gilded initial and set against tri-colored background fills that is the hallmark of well-produced humanist manuscripts and inclunables. The writing of the book was completed in Ferrara on 12 March 1468 by a certain Gregorio Martinello de Buccassolo, as noted in the closing colophon on folio 174v: “M.cccc. lxviij. die xij. Martij Ferrariae hora ui quarta uigesima per me Gregorium de Martinellis de Buccassolo”. The escutcheon in the lower margin of folio 1r, also surrounded by florid vinework, was never filled-in. During a recent visit to the Free Library’s Rare Book Department with colleagues from the Kislak Center’s Steven Miller Conservation Laboratory, we attempted to use portable UV lighting to decipher what looked like a rubbed inscription in this area, but to no avail. Perhaps further examination with more specialized equipment would allow us to read what looks to be a proper name, perhaps added by a later owner or by the initial owner, in anticipation of the addition of a painted coat-of-arms. 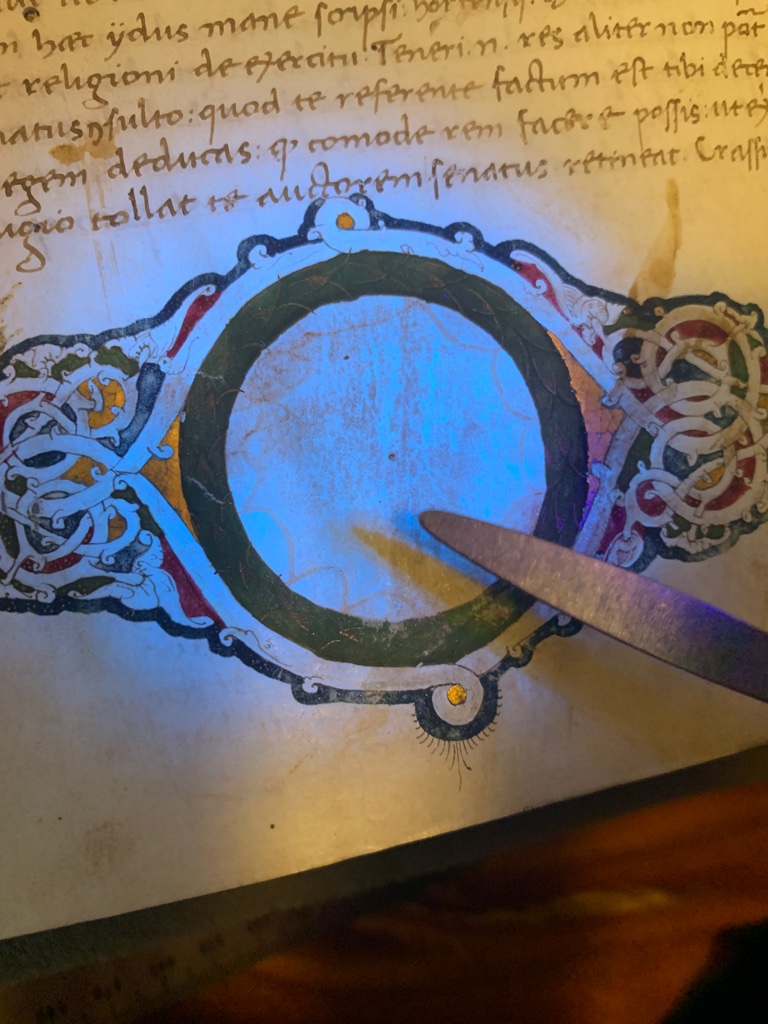 Little is known regarding the scribe, Gregorio Martinello, as his name does not appear in any of the usual repertories of names of Renaissance scribes. However, thanks to the wonders of digitized books, we can learn a little more about him. He appears to have been a school master in Finale Emilia, just west of Ferrara, and seems to have transcribed a copy of Federico Frezzi’s epic poem of circa 1400, the Quadriregio.1