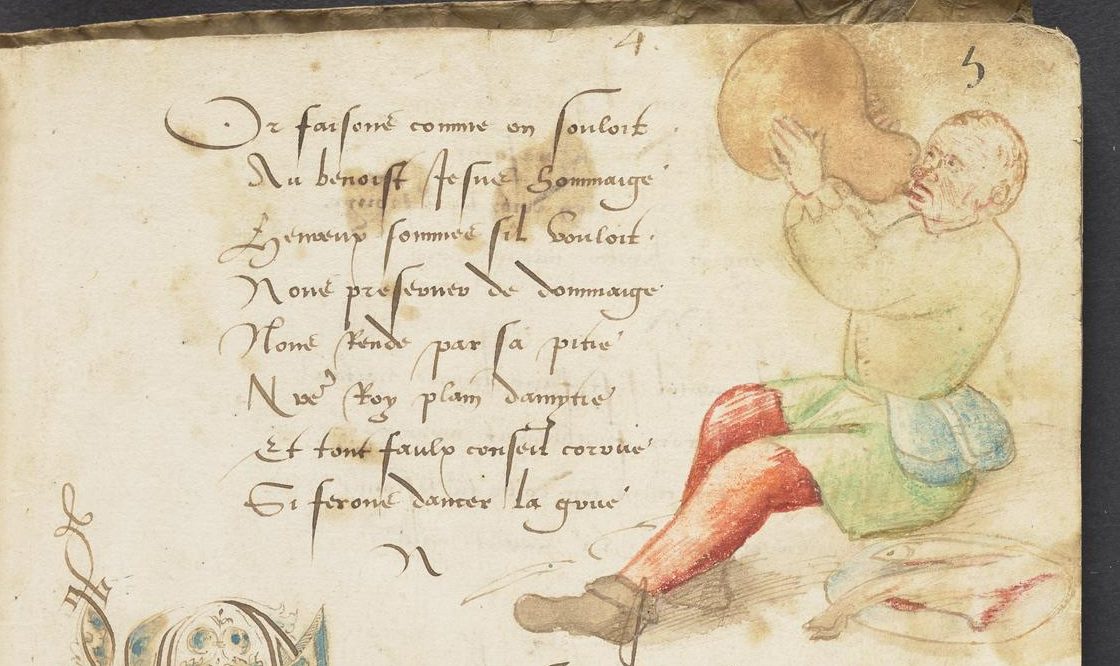 Because this manuscript is written on paper and its binding has been stab-sewn, it is impossible to deduce its collation in order to determine how it might have been modified over time. Numerous leaves are misbound or missing, indicating heavy use over time, and a variety of scribal hands are discernable in the main body of text. The presence of many stubs in the gutters hints at changes, and many of the lyrics are discontinuous and lack logical endings or beginnings. An example of the latter can be found on folio 5r, illustrated above. A close reading of the lyrics reveals that they consist of the final stanza of a much-beloved late-medieval French song, the Chanson de la Grue (Song of the Crane). The stanza is as follows:

(Now let us, as we always have,
make homage to blessed Jesus.
Happy are we if he deigns
to preserve us from harm.
By his pity he gives us
the fullness of his friendship.
And, all false counsel avoided,
let us now dance the Crane Dance!)

This Noël or Christmas carol has been attributed to Jehan Daniel (ca. 1480–1550), called Maître Mitou, a noted priest-composer active around Angers in Western France.1 Given that the manuscript contains internal evidence situating its production in this region (see last week’s post), Lewis E 211 may be closely associated with Daniel’s immediate context.2 Closer study of all the texts present in the manuscript would be necessary, however, to confirm this hypothesis.

While the lyrics of the carols merit further consideration, the volume’s decoration is not t be overlooked. Last week, we examined the two-dozen marginal scenes that punctuate the song lyrics. But the decorated initials that initiate each of the carols are extraordinary as well. Most of the carols are also introduced by lively anthropomorphic penwork initials that have also been tinted with the same watercolor palette; those toward the end of the volume (fols. 48r, 49r, 50r, and 51r), after the final marginal illustrations, are the most elaborate, encompassing a large portion of the page. We conclude our post today with four details of these magnificent odes to anthropomorphic penmanship. 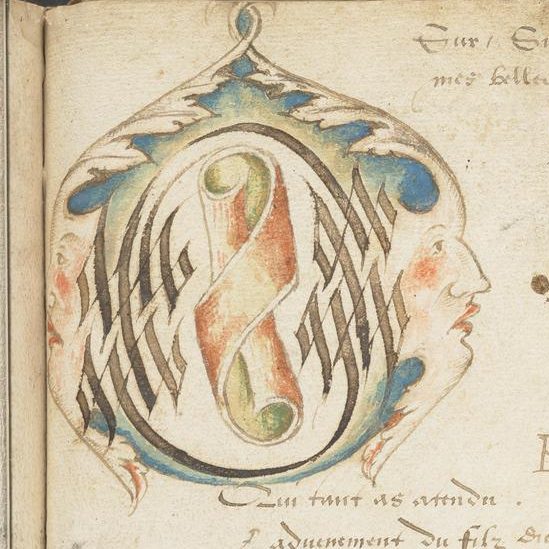 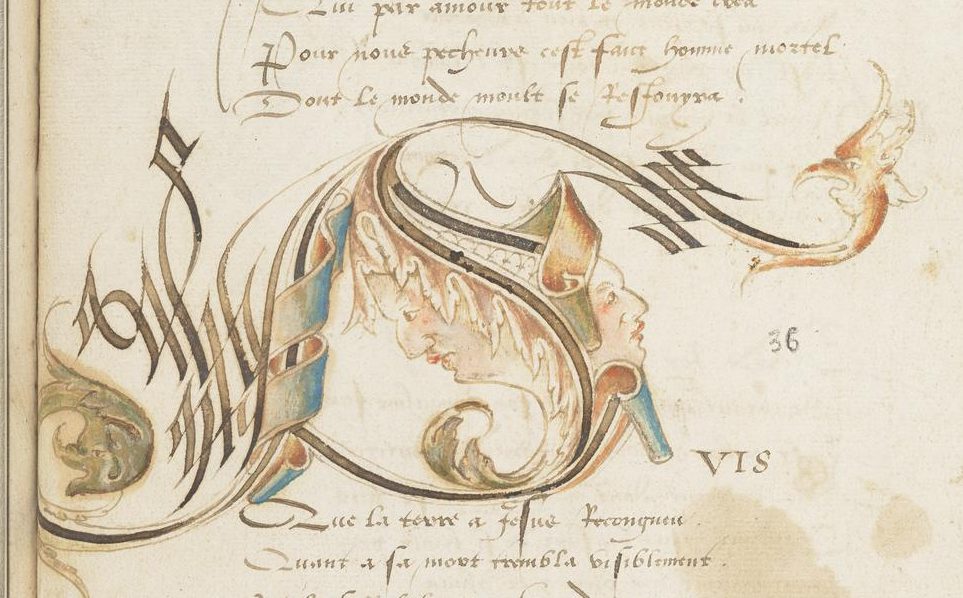 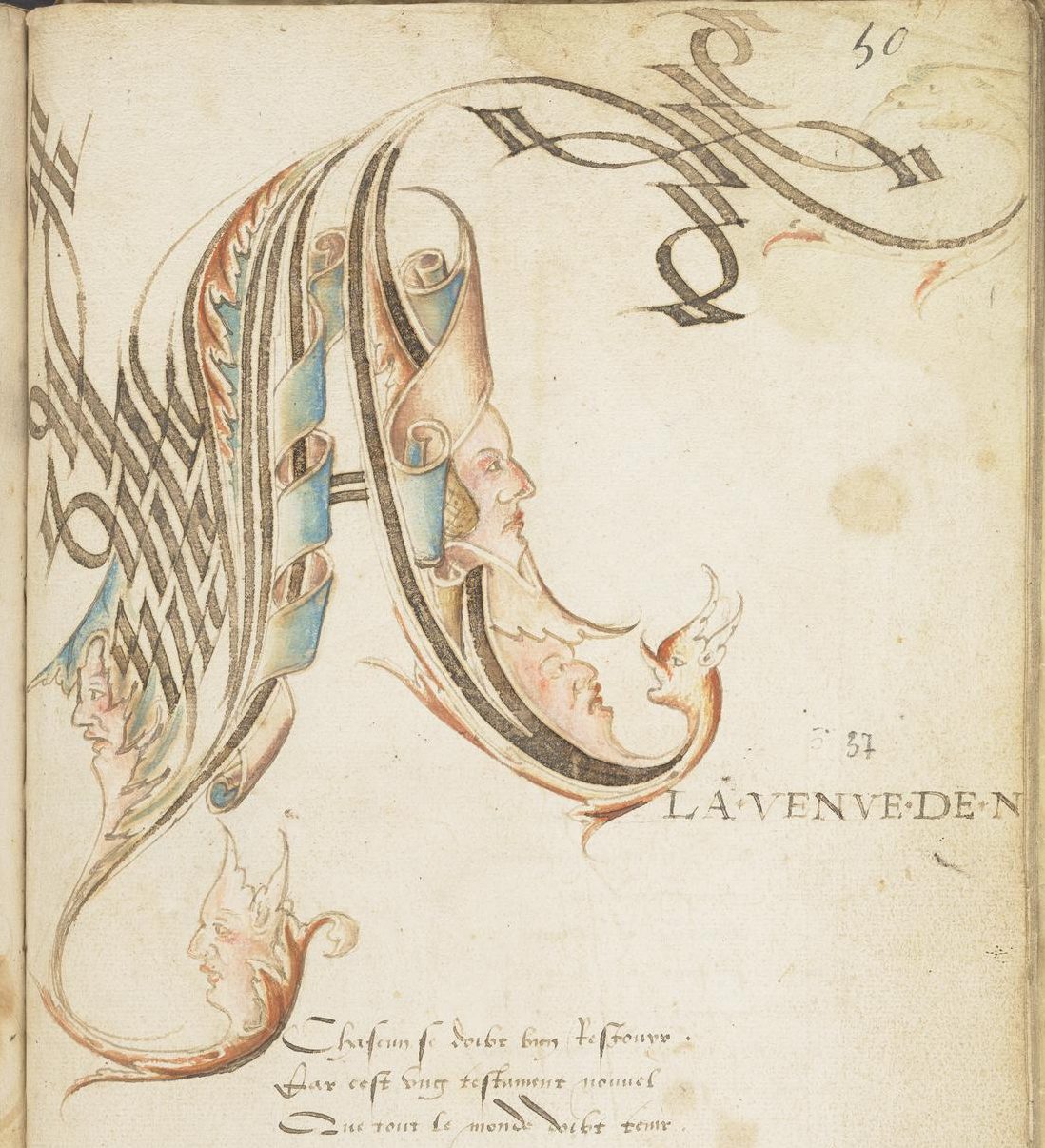 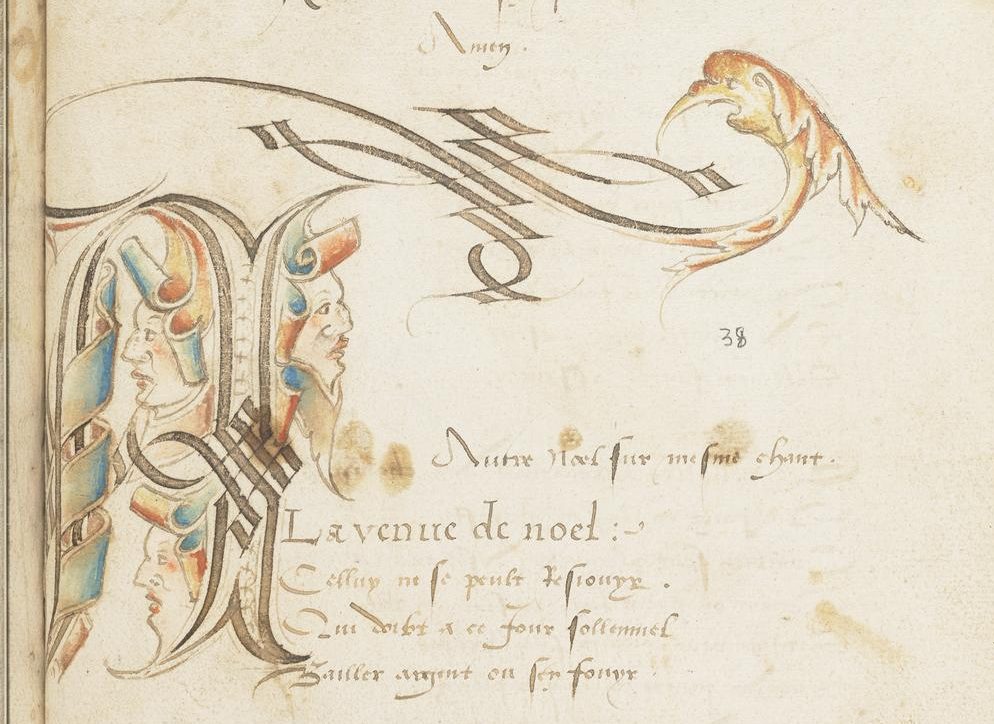 Dot is working from home@leoba·
21h