Fifty-two discoveries from the BiblioPhilly project, No. 7/52 Book of Hours, Use of Paris, Philadelphia, Philadelphia Museum of Art, 1924‑19‑1, fol. 24r (miniature of the Annunciation from the Hours of the Virgin)

Books of Hours are highly mobile objects that can often accrue fascinating later histories. Because of their deeply personal nature, they can become associated with historical persons either through legend or fact (or a combination of the two). Only relatively rarely, however, does one later owner purchase a book on account of its earlier ownership history. One such example is a fairly modest Parisian Book of Hours acquired by the Philadelphia Museum of Art in 1924 (accession number 1924‑19‑1). Unlike the later ensembles of illuminated manuscripts donated to the museum by Samuel and Vera White or Philip S. Collins, this manuscript was not published or described upon its entry into the collection.1 Its only existing description comes from Seymour de Ricci’s Census of Medieval and Renaissance manuscripts in the United States and Canada and its later Supplement, produced by C.U. Faye and W.H. Bond.

In both Census volumes, the manuscript’s early provenance with the Duderé family in France is briefly recorded, as is its later ownership in the United States by Samuel W. Pennypacker, 23rd Governor of Pennsylvania (1843–1916), who served from 1903 to 1907 (and to whom we shall return). The Duderé provenance is evident through two unequivocal inscriptions within the manuscript. The first, on folio 1r, reads: (“This Book of Hours belongs to Lady Michelle du Deré wife of Mr. Louis d’Orléans advocate in the court of Parliament and it descended from her deceased father Mr. Jean Duderé counsellor of the King and auditor in his chamber of accounts. 1577. Love and Humility are the sweet bonds of our marriage.”)

It thus transpires that the book was in the possession of Michelle Duderé, wife of the noted French Catholic League pamphleteer Louis Dorléans (1542–1629).2 In addition to being known for authoring numerous religious tracts, Dorléans was also an occasional poet, and wrote some bucolic verses replete with thinly-veiled references to his beloved wife, but also to his former mistress Catherine de la Sale!3 Interestingly, some of his writings also show an unusual knowledge of Middle French poetry; he even donated a fourteenth-century French translation of the Golden Legend to a Minim convent in Paris in 1561 (Paris, Bibliothèque Mazarine, ms. 1279). Michelle Duderé, as she herself tells us in the inscription, had inherited the Book of Hours from her father, Jean Duderé, notary and secretary to the French king, whose principal historical importance seems to have been his invocation in a seventeenth-century lawsuit concerning the inheritance of such royal appointments. It appears that the manuscript was then gifted by Michelle Duderé’s blind son to a cousin once-removed, a certain G. Duderé, for on the verso of the first folio we read another French inscription, written some seventy-three years later: (“This present book was given to me by the late Monsieur D’Orleans son of Madame D’Orleans named Michelle Dudere. He was blind and worthily bore this affliction, my cousin once removed. G. Dudere 1650… the figures which are on their knees in the pictures of this book are portraits of the deceased demoiselle Michelle de Sauslai [?], mother of my deceased father.”) The supposition that the two donor portraits (on folios 124r and 130r; illustrated above) contained in the book depict a certain “Michelle de Sauslai” (?), grandmother of the owner alive in 1650 is manifestly incorrect, since the book dates from the fifteenth century. But there is no reason to doubt the other pieces of evidence situating the book with the Duderé family early in its history. 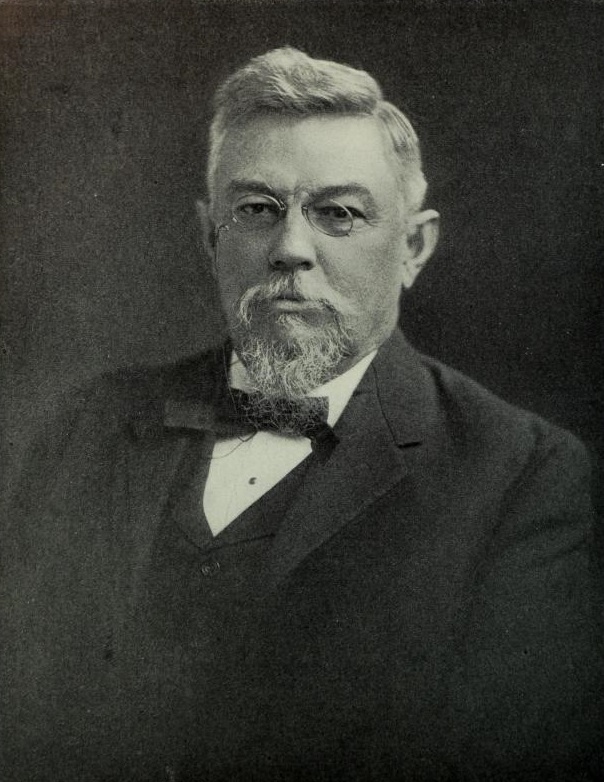 This is all fine and well, but how did the manuscript come to be owned by the Governor of Pennsylvania, Samuel Pennypacker? Pennypacker was a noted jurist, trustee of the University of Pennsylvania, president of the Historical Society of Pennsylvania, and local history enthusiast who collected a large amount of material related to the early German and Dutch settlement of South-Eastern Pennsylvania, most of which is today preserved at the Pennypacker Mills house museum. Other manuscripts once owned by Pennypacker that are still in Philadelphia include another Book of Hours (Lewis E 116) and a series of astronomical tables followed by a short text concerning astrology and planetary movements (Lewis E 3), both of which are today in the Free Library. These manuscripts were all auctioned off in the Pennypacker sale in 1906, together with a small number of other manuscripts. Additionally, for the present manuscript, the Faye and Bond supplement to de Ricci’s Census includes the name of an additional owner, the noted Chestnut Hill philanthropist, John Story Jenks (1839–1923). Jenks was a great supporter of the Pennsylvania Museum and School of Industrial Art (the precursor of the Philadelphia Museum of Art), as a short obituary confirms.4 It was he who left the manuscript to the museum upon his death.

So why did Governor Pennypacker purchase this particular French Book of Hours, prior to its acquisition and donation by Jenks? The answer is provided in an all-but-forgotten issue of a regional historical journal, The Perkiomen Region, Past and Present, published in March of 1901 by Henry S. Dotterer (1841–1903). The short article, entitled “A Sumptuous Devotional Book,” vividly describes the book and asserts that the Governor:

…purchased it because he felt convinced that the family of Duderé mentioned in the inscription was identical with an old Pennsylvanian family—that of Doderer, Dotterer, Dudderer, Duttera, Dudderow. This conviction induced him to pay the large sum quoted for it by the foreign bookseller [i.e. James Tregaskis of London], and to bring it, after a service of more than three centuries, from its native France to the New World.

To find the connecting links from the Duderés of the Sixteenth century to the Dotterers of the Twentieth century would be a great genealogical achievement. Doderers and Dotterers appear in various parts of Europe prior to the date of the arrival, about 1722, of George Philip Dodderer, or Dotterer, in Pennsylvania. Tradition, in some instances, asserts that the Pennsylvania immigrants were of French origin; but not uniformly so, for Alsace, Baden, Wurtemberg and Austria are also named as the place of their nativity. We have unbounded respect for Judge Pennypacker’s insight into genealogy, ethnology, and the kindred sciences, and it will therefore not be a surprise to us if research shall ultimately prove that his intuitions are correct.5

The prominent Dotterer family of Pennsylvania was established by George Phillip Dotterer (ca. 1676–1741), who was born in Baden-Württemberg and died in Montgomery County, Pennsylvania, in 1741. George’s father Hans is thought to have been born in the same region of Germany as his son around 1650. However, this family’s link to the prominent Catholic Duderés of France remains tenuous. As such, Governor Pennypacker’s assumption remains unlikely; perhaps his doubts led him to sell the book on in his 1906 sale. In any case, both G. Duderé’s misattribution of the portraits in the book and the dubious linkage to the Dotterer dynasty made by Governor Pennypacker demonstrate the extent to which an unsuspecting manuscript can become the subject of historical wishful thinking.