Unlike some of its better-documented sister manuscripts, however, very little is known about the original user(s) and subsequent owners of the Lewis Psalter. Some later inscriptions within the book might help provide a clue as to where the book was prior to its reappearance in the nineteenth century in the collection of Henry Gee Barnard of Yorkshire (1789–1858). To begin with, an inscription on folio 2r, previously described as a prayer to Saint Martial, written in a what looks like a late-sixteenth-century cursive hand, reads:

or, translated roughly into English:

The Cross of our Lord is the invincible armor against Satan: a helmet protecting the head, chainmail protecting the chest, a shield repelling evil darts, a sword warding off all approach of iniquity and of the perverse power of evil angels. This, the only sign of celestial victory, is given to us and is blessed by the baptism of the Cross.

Lewis E 85, fol. 2r (with detail of inscription of prayer to Saint Martial)

This unusual text is not in fact a prayer to Saint Martial, the venerated third-century Bishop of Limoges known as the “Apostle of Aquitaine,” but instead an excerpt from Saint Martial’s apocryphal letter to the people of Bordeaux. The text of this letter is preserved in a twelfth-century manuscript from Limoges now at the Bibliothèque nationale de France (ms. lat. 5296A), with the passage discussing the cross appearing on folio 38v. Of course, our early anotator might have been familiar with this passage through another source. The text was widely available in print by the early seventeenth century at the latest. 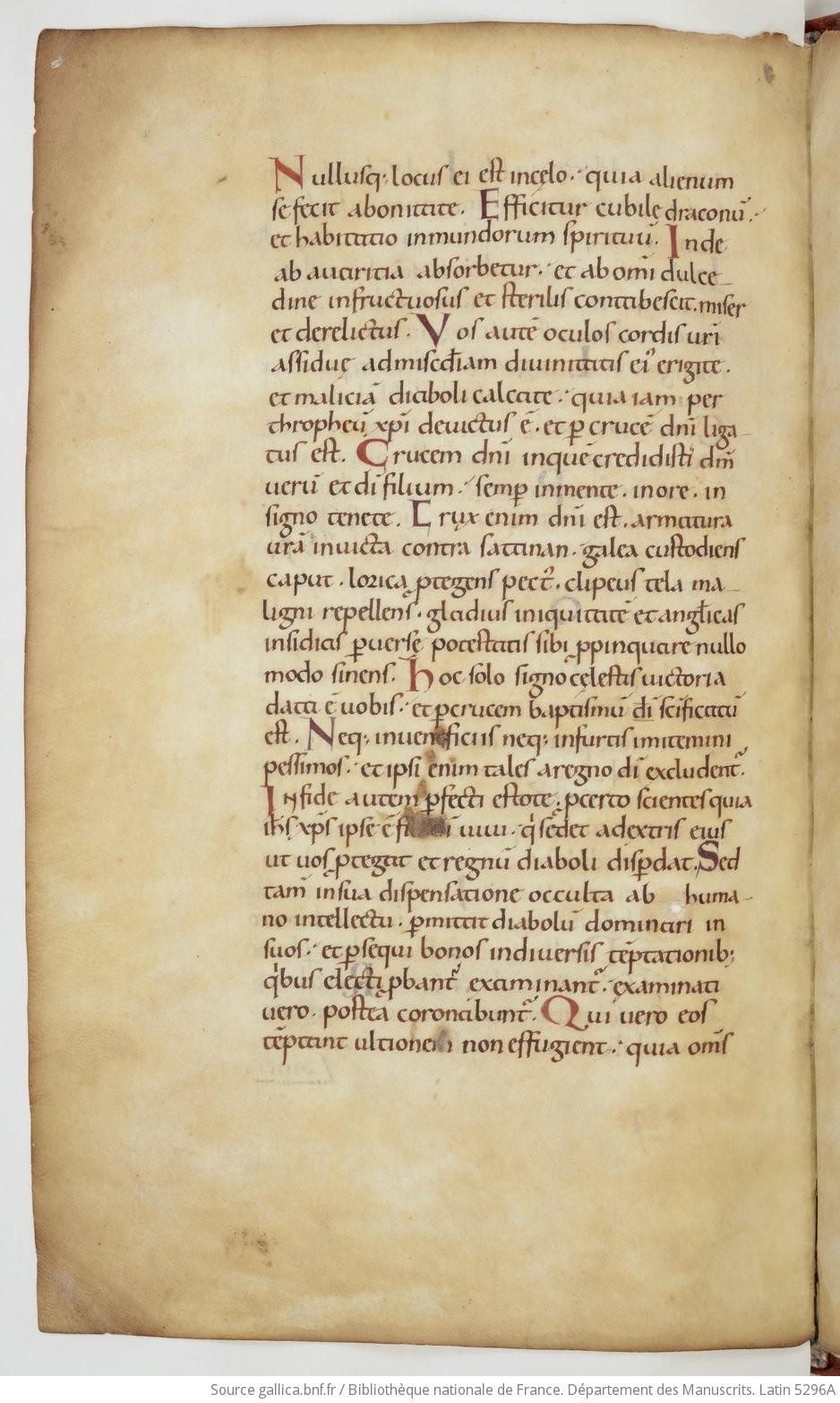 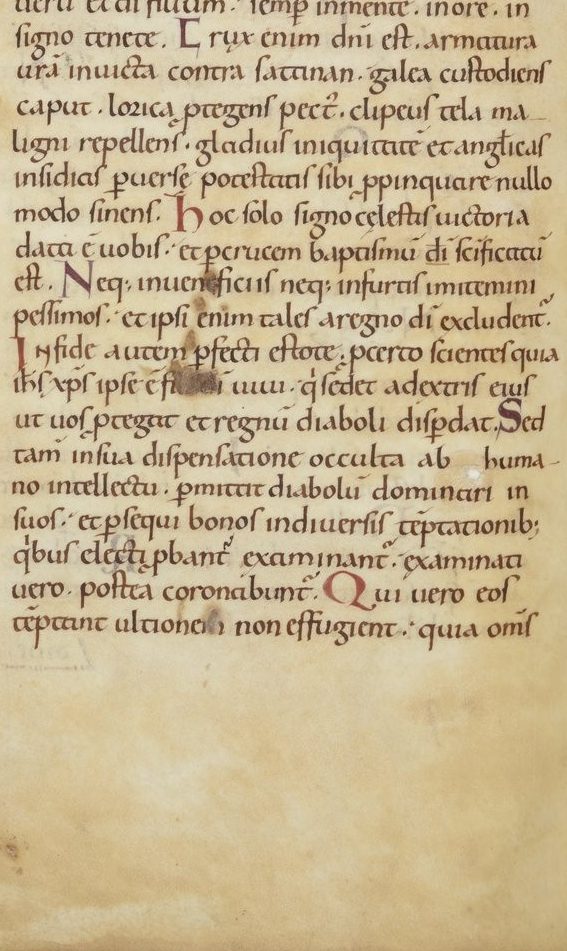 Another note, on folio 32r of the psalter, is written in the same hand: “Psalmodia, carmen est celeste: et eos a quibus colitur sedulo, ex hominibus in angelos transfigurat,” or, “the recitation of the Psalms is a heavenly song, and transforms those who carefully recite them from men into angels.” The author of the short fragment of text is Louis de Blois (1506–1566), an influential sixteenth-century Flemish Benedictine mystic. The rather lofty phrase stems from one of de Blois’ best known works, the Sacellum animae fidelis or Sanctuary of the Faithful Soul (Louis of Blois, Sacellum animae fidelis, 1575, p. 333).

Perhaps the presence of this quote alongside the excerpt from Saint Martial will one day help clarify this great manuscript’s obscure early history. In any event, it would seem to confirm the manuscript’s presence in a Benedictine institution in the sixteenth century. Given these two pieces of evidence, might we imagine that the book was among the possessions of the Benedictine Monastery of Saint Martial in Limoges, dissolved in the wake of the French Revolution? Raymond Gaucelm, whose abbacy lasted from 1225 to 1245, was known to have been responsible for enriching the foundation’s treasury considerably2 as well as embarking on ambitious renovation campaigns, and his dates would accord perfectly with those assigned to the Lewis Psalter. Could he have been responsible for commissioning the Psalter, or at least bringing it from Paris to the Limousin? Given the fragility of the evidence, this remains merely a hypothetical, though tantalizing, suggestion. More research into Saint Martial’s early library inventories, which do survive, might provide more information. Finally, there is additional evidence to suggest that the Lewis Psalter was used liturgically early in its life, a finding that makes it more likely to have been housed within a monastic institution, rather than having been owned by a high-ranking aristocrat. Written in a different fifteenth- or sixteenth-century hand, a prayer simply entitled “Oratio” on fol. 191v, not previously identified, in fact consists of the Collects for the fifth and seventh Sundays after Trinity. The final word, misinterpreted as the proper name “J. Credor,” is simply the incipit of the Credo: Lewis E 85, fol. 191v (with detail of inscription with Collects for the fifth and seventh Sundays after Trinity)

While by no means conclusive, we can hope that the identification and transcription of these later additions might help shed light on the history of this wonderful book.